North Wales Crusaders R.L.F.C. is a professional rugby league club from Wrexham, Wales which was formed in 2012. Crusaders is the team which currently plays in Kingstone Press League 1, which is the third tier of European rugby league after the Super League and Kingstone Press Championship. Until the end of 2016, they were based at the Racecourse Ground. However, in 2017 their home field is now based at the Queensway Stadium in Wrexham. It is very significant to point out that up to date the club has lifted three trophies in its short history.

In January 2012 North Wales Crusaders played their debut, a friendly match against Leigh East. Their inaugural season brought them an eighth-placed finish which is decent for any new club. In the same season, the team won seven out of their 18 league games. 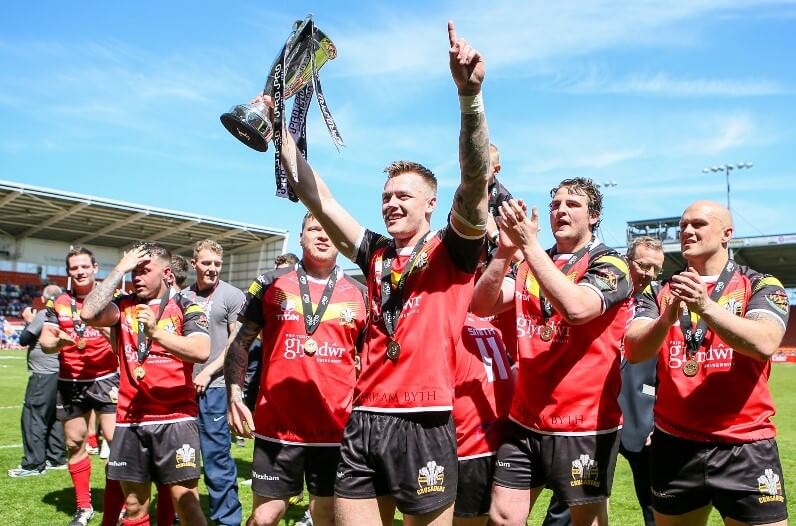 However, already next year, in 2013 the club was crowned as champions after losing only two games on their way to the league title. In addition, North Wales Crusaders also made a success in the Northern Rail Bowl after they won against London Skolars.

After a successful season, it was expected that the team would keep their good performance and winning series, 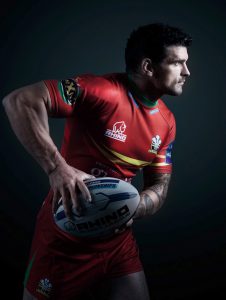 unfortunately, the Crusaders finished the Championship in 11th place. At the same time, the league was undergoing some restructuring which meant that the club would be relegated along with five other teams.

At the same time, the League 1 was expanded, and the team had to play much more to make any kind of success and progress. Therefore, in 2015 the Crusaders finished fifth in the League 1. It is important to mention that from June 2014 the club was managed by Anthony Murray under whose leadership the Crusaders won 14 of their 22 league game and also lifted the iPro Sports Cup after winning against Swinton at Blackpool’s Bloomfield Road.

Unfortunately, in 2016 the club once again met some unfortunate circumstances. At the beginning of the year, the club announced cuts since they managed to retain a large majority of their 2015 squad. Their competitive season finished with the club in 10th place. North Wales Crusaders also lost the League 1 Shield final in a tight game against Newcastle Thunder.

After the departure of Anthony Murray in late 2016, the club appointed former Newcastle Thunder assistant coach, Mike Grady as their head coach.

In 2003, the Welsh Rugby Union decided to reduce the top tier of their professional rugby union from nine clubs into five regions. At that time Celtic Warriors represented the Mid-Glamorgan Valleys area, which meant that they were a combination of Pontypridd RFC and Bridgend RFC. Concerning the financial problems of Pontypridd RFC, the team had to sell their half of the Warriors to Bridgend RFC owner Leighton Samuel. Samuel later sold his half to the WRU which in the summer of 2004 decided to liquidate the club.

Nevertheless, Leighton Samuel was approached by the Rugby Football League to convince him to form a rugby league club and join the professional ranks. Therefore, new Celtic Crusaders were made which were argued to be a continuation of the old Celtic Warriors side. The club was based at Bridgend’s Brewery Field.

In 2009, the team got a Super League license and played one season in Super League. After that, the club met financial problems, which is the main reason why it is renamed to Crusaders Rugby League. They also moved to Wrexham. Then, the club created an academy side for players based in North Wales known as North Wales Crusaders which then became a new club.